In March, 2008, I read an article in the Santa Cruz Sentinel newspaper about a pony that needed to be adopted from the Santa Cruz County Animal Shelter. Upon visiting the shelter, we met the pony named Spencer (renamed Shasta) and a male pygmy goat named Flippy (renamed Zipper). Returning a week later, another pygmy goat had just arrived, and her name was Theodora.

Theodora was rescued after being tied up to a tree outside of Henry Cowell State Park. Her cries alerted a person to call the shelter. She was a bit scared of people, but had a lot of personality. She also had bonded to Zipper, so we decided to adopt all three animals to give them a new home together at Love Creek Farm.

Warming in the sun at the animal shelter.

At the farm, Theodora was the smallest and also had to move quickly to get out of the way from Shasta. Whenever he was in a bad mood, Shasta could act like he was about to bite her back since she was so small. Over time and with the adoption of more animals, Shasta stopped picking on her. 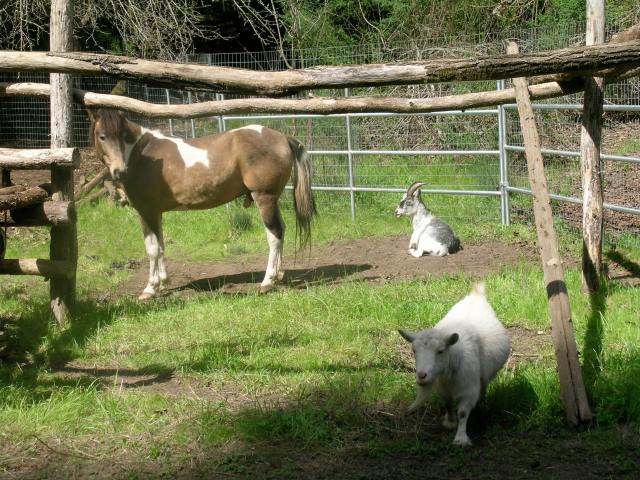 When Yoda Bear was adopted about a year later, and at one month old, he became low man on the totem pole. He instantly bonded with Theodora, and they became fast friends.

Unfortunately tragedy struck when she was killed by dogs in February 2011. Miss Theodora was a pleasure and joy to have on the farm. Her small size made it easy for young children to interact with her. 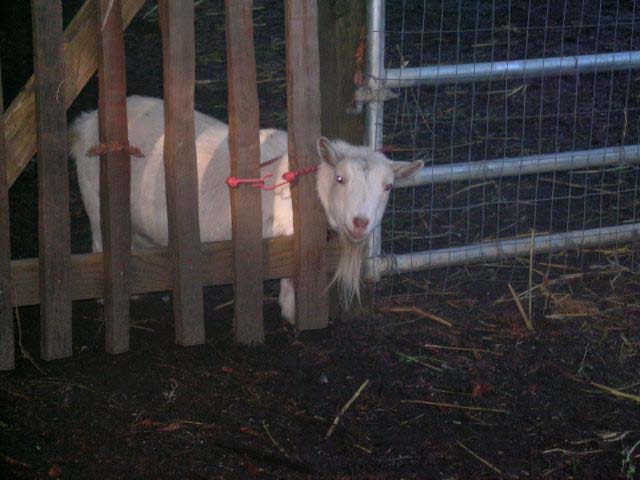