An herb spiral is a permaculture design that fits perfectly in the garden.  Because it is not in the “right zone” (i.e. near the house/kitchen), it is adapted for perennials and herbs to attract beneficial insects and bees.

I had researched herb spirals after farmhand Will Burke mentioned it as a technique that he was eager to build.  In my research, I learned that the spiral is typically 6 feet wide and 4 feet tall. Because we are in the middle of redesigning the whole garden space, I opted for a larger, 8 foot wide spiral to accommodate the spatial factors.

These are two photos that I used for inspiration.  The photo on the right with the bamboo tubes was a perfect illustration for how we could use the clay pipes, mixed with river rocks. The photo on the left includes a long rock border leading up to the tight spiral.  We created a combination of the two examples. 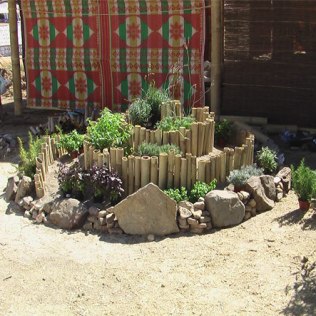 The Magic and Mystery of Constructing a Herb Spiral and Why Every Suburban Lawn Should Have One by the Permaculture Research Institute includes written information as well as an informational video.

We gathered all the materials on site.  A variety of sizes of river rocks were removed from around the fruit trees and reused.  To get started, we pulled out old gopher wire and layed out sturdy hardware cloth for gopher control.  We took measurements and traced out the spiral and walkway with a shovel.  We also moved all the materials to the area, such as river rocks, locust logs, and clay pipes.  These three elements tie the garden together since black locust limbs are used for the Hugelkultures, and river rocks and clay pipes are used for walls and borders.

We created the design by placing the center log and outlining with small rocks – to get the shape.  We placed locust logs in each quadrant. I dug out some old cement blocks for the bottom that would be covered with dirt.  The cement blocks acted as risers for the clay pipes to sit on top. 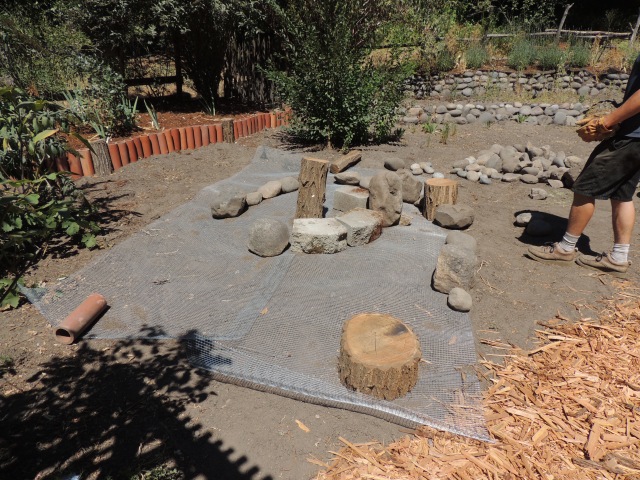 Dirt was added and the small rocks were replaced with larger river rocks:

As the dirt was piled up higher, so were the rocks to create a higher wall.  The clay pipes were strategically placed throughout.  Because the walkway border is outlined with the clay pipes, we didn’t want to overdo the pipes in the center. 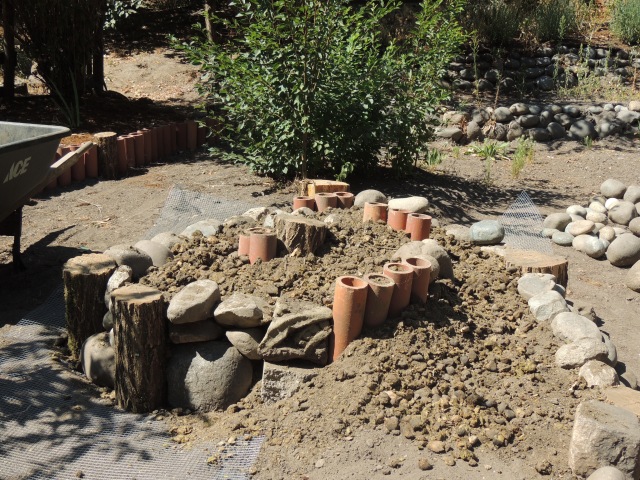 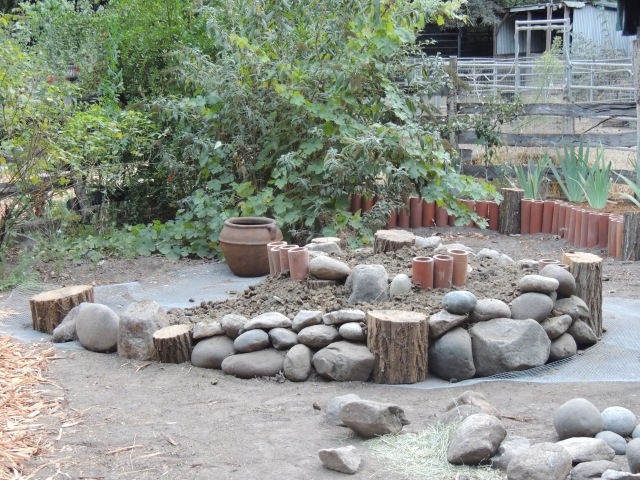 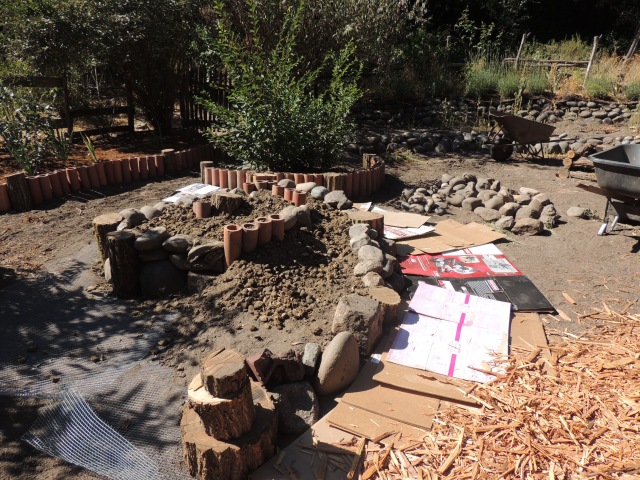 A walkway was outlined with the pipes, and thick locust logs were cut as stepping platforms to reach into the center point to pick strawberries, etc. 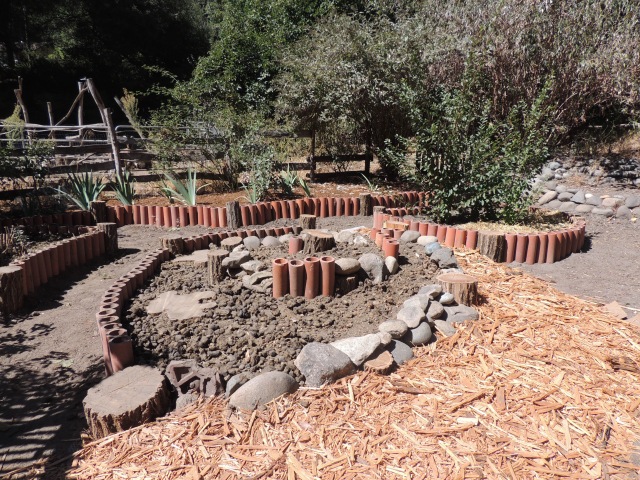 In May 2018, a variety of herbs and flowers were planted in the herb spiral. 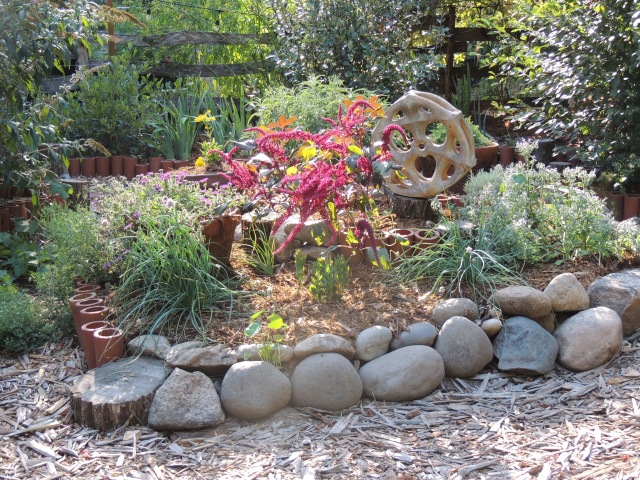