Finding a used redwood greenhouse on craigslist.org was another lucky find. The only challenges were borrowing a 12′ car hauling trailer, driving up north to Walnut Creek, and taking it apart.

It took a few hours to unbolt it and load it up. Pieces of the roof broke apart and the plastic was old and cracked.  But, the value was in the redwood frame.  July 2006, original location before taking it apart: 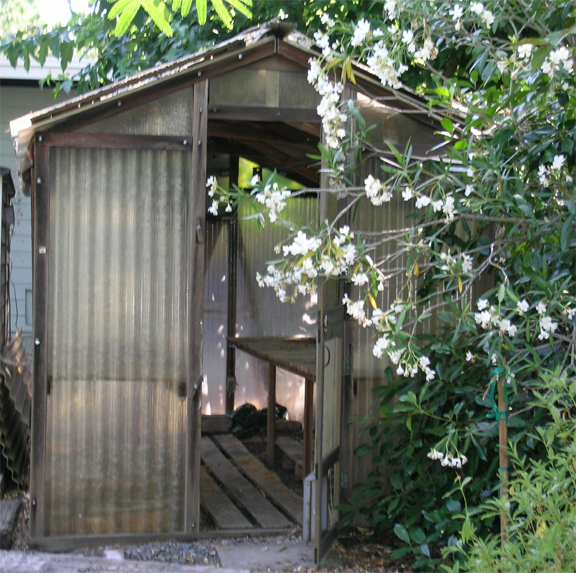 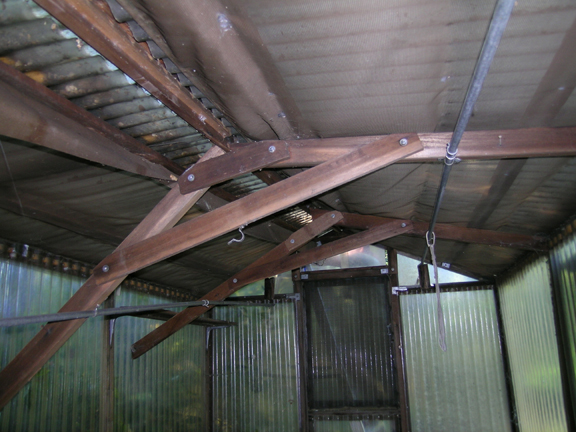 From 2006 – 2009, the greenhouse frame was stored outside, against the garage and finally in the garage. Too many other projects took priority before getting to this one, and we weren’t exactly sure where the greenhouse would go. However, finding deals on craigslist.org have always been worth buying and storing materials in advance
when you have a vision and rely on recycled materials. 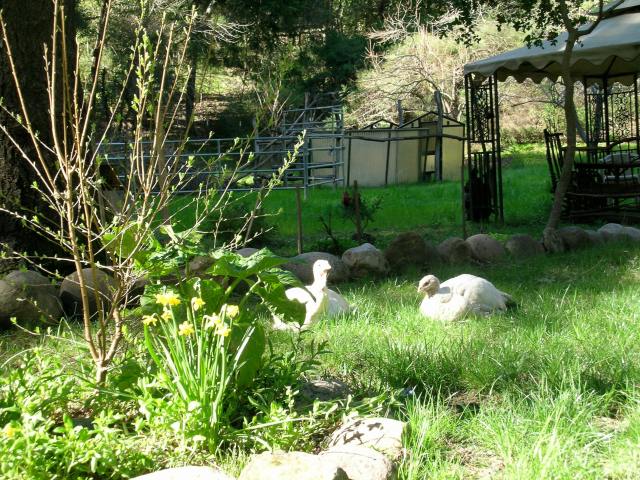 Before rebuilding the greenhouse, a former contractor posted an add to remove FREE used lumber from his property behind the Steven’s Creek Reservoir in Saratoga.  Over three loads of wood were collected, and the redwood beams for the base of the greenhouse did not cost anything. They were stained and sealed for added weather proofing.

By the summer of 2009, the old redwood beams were laid out and measured before cutting the cardboard tubing and cementing in the footings. 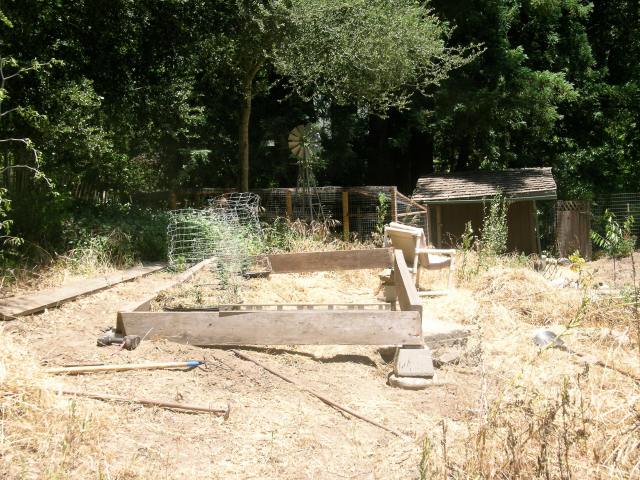 Before the greenhouse sides were bolted back together, the roof panels were rebuilt following the original template, and the redwood was stained. 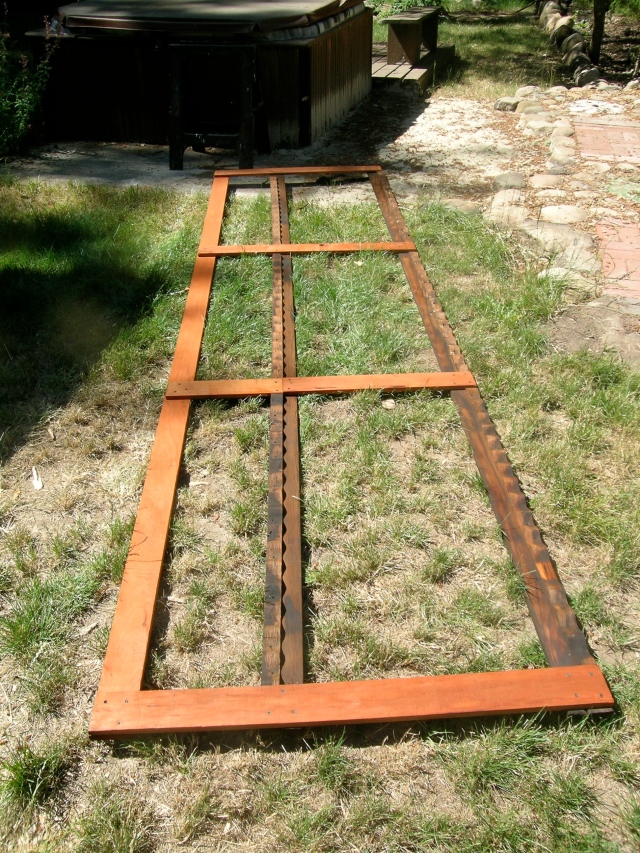 The greenhouse sits on a slope with south-facing sun exposure. On the inside, a drainage tube was added over a layer of landscaping fabric and pea gravel. 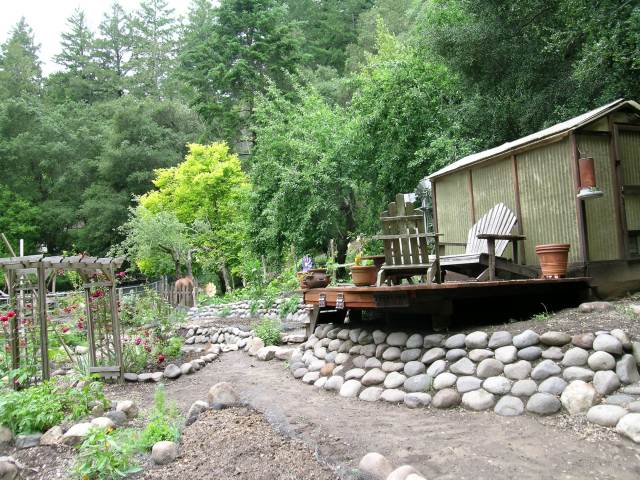 To see the garden’s progress, visit the Garden Deck and Retaining Wall.

The original shelf that came with the greenhouse was used in the chicken coop as a roost.

In 2018, our carpenter, Rich, built a shelf in the greenhouse using reclaimed deck boards we had stored for many years.  I also had purchased some neat, turned post legs from an antique store in Boulder Creek.  I pulled them out the garage to see if Rich wanted to use them, and he said they are old growth redwood.   They look great in my workspace.

The greenhouse is now used as my Bee Haven workspace for preparing hives and storing frames and equipment. 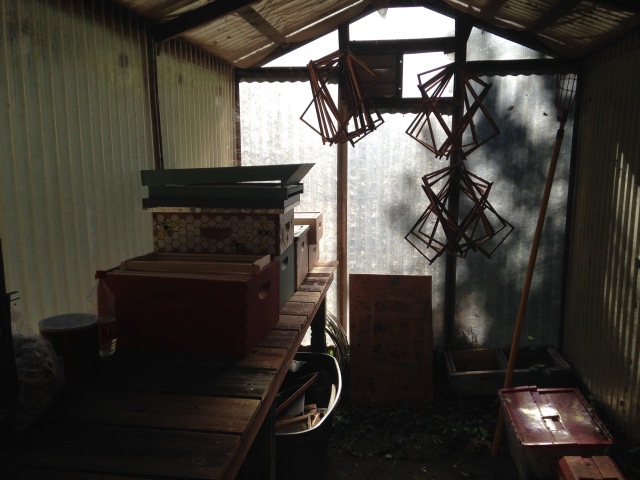