On March 12, 2011 Bantha was born at the Boulder Creek Goat Farm. He is a Sable Saanen and Alpine mix.

In February, we were at the goat farm on weekends to see Yoda Bear during his recovery period from a dog attack. The mother goats were giving birth so we could not helping falling for the newborns as we bottle fed and socialized them. This little boy was going to have horns and be sold for meat. We decided to purchase him as a companion for Yoda who would be coming back to the farm alone after our two pygmy goats were killed. 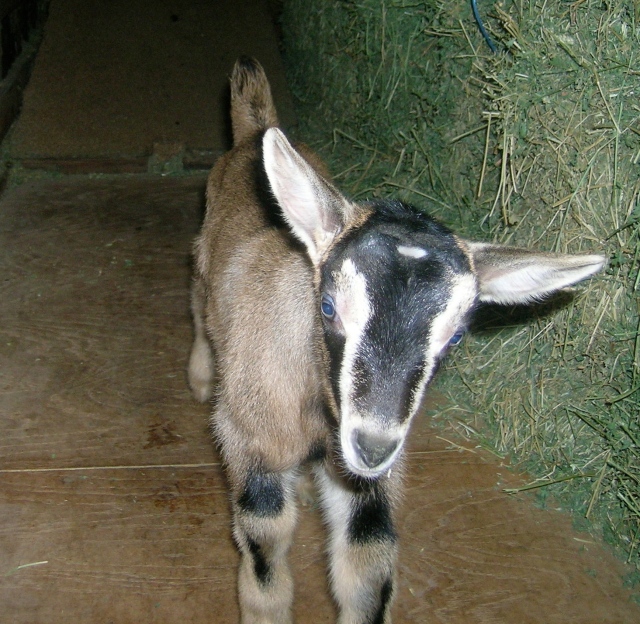 The issue with Bantha is that he was born last; his two sisters were adored by their mother, but she refused to nurse him. Born last, the birth was difficult for her, so she ignored him. He was bottle fed instead of nursing, and this caused food anxiety as he grew up.

Bantha playing with his two sisters at the Boulder Creek Goat Farm.

Bantha started leash training around one month old. He was first introduced to the concept of walking while following along. It was great fun walking him up and down the road by the goat farm, learning how to train a goat! His breed is popular as pack animals, but we decided not to train him for hiking.

As soon as Bantha arrived on the farm and left to roam, the horses were not sure what he was because he looked like a small dog. They tried to stomp on him as he darted all around, confused and scared to death. We were not sure if this would work out after the dog attack, so we waited for an hour for the horses to smell him. Within the hour, things calmed down, except for Yoda. Yoda did not like a new baby on the farm getting hugs and pets. He was very jealous and chased Bantha away. We learned that unfortunately, we could not raise Bantha in the same way we had spoiled Yoda. Bantha had to be removed from the corral for petting. 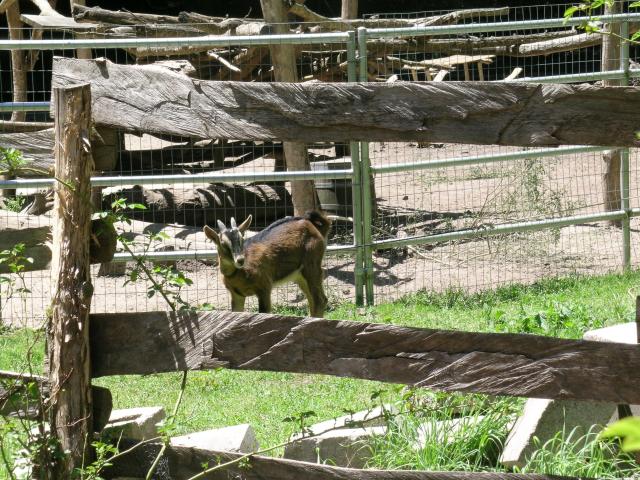 Through their early experiences both goats ended up with food anxiety. Yoda and Bantha had to be bottle fed, had no mothers to raise them, and required humans for their basic needs. Both goats cried consistently throughout their first year, wanting attention and interaction.

As Bantha got older, he learned not to come close to me and gave space for Yoda to be dominant. He knew how to respect the boundary and run when Yoda came near. 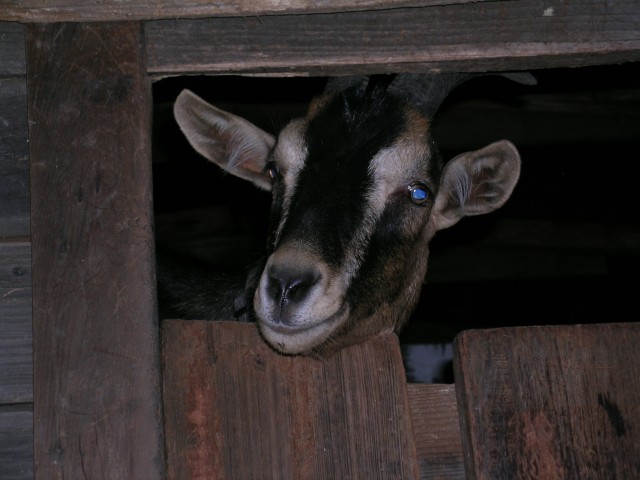 Unfortunately, Bantha was killed by a mountain lion who jumped the fence to the horse corral. He was a fantastic and friendly goat. He would have rather been with a human, walked around on a leash, and given lots of love. He had spunky bursts of energy and used to run all over, up and down, and spin circles around the horses legs. He will be missed!