According to the Resource Conservation District of Santa Cruz County, “The term watershed describes an area of land in which all water flows downhill to a single point. The water moves through a network of drainage pathways, both underground and on the surface. Generally, these pathways converge into streams and rivers, which become progressively larger as the water moves downstream, eventually reaching the ocean.”

When hit with winter rain (up to 6″ in a day), runoff from Ben Lomond Mountain flows down the neighborhood road, crossing over and through the animal corral. It is making its way to Love Creek then to the San Lorenzo River which empties into the Pacific Ocean at the Santa Cruz Boardwalk. 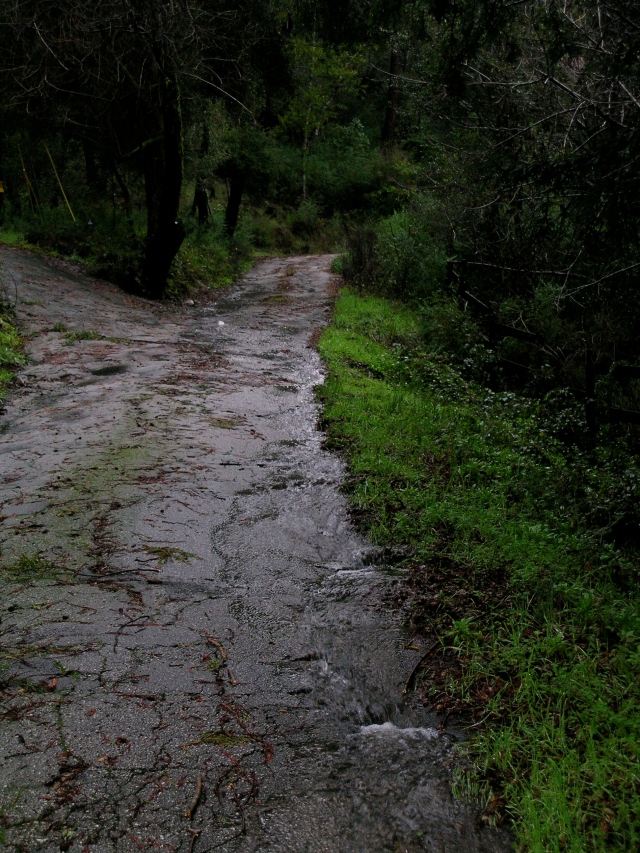 In 2009, a drainage swale was started in the back of the animal stalls to keep water from flowing through and flooding the area with mud. The drainage swale carries runoff through the redwood grove, under the circular driveway, and into Love Creek.

Then, in June, 2012, with assistance from the Livestock and Land Program, Jim Walters Tractor dug a drainage swale along the hill parallel to the corral and around a curve following the road.  This drainage prevents even more water from flowing across the corral. He also followed the Site Plan created by Steve Butler in November 2011 to determine the location of the natural swale. The main goal is to keep nitrates out of Love Creek caused by horse and goat manure. 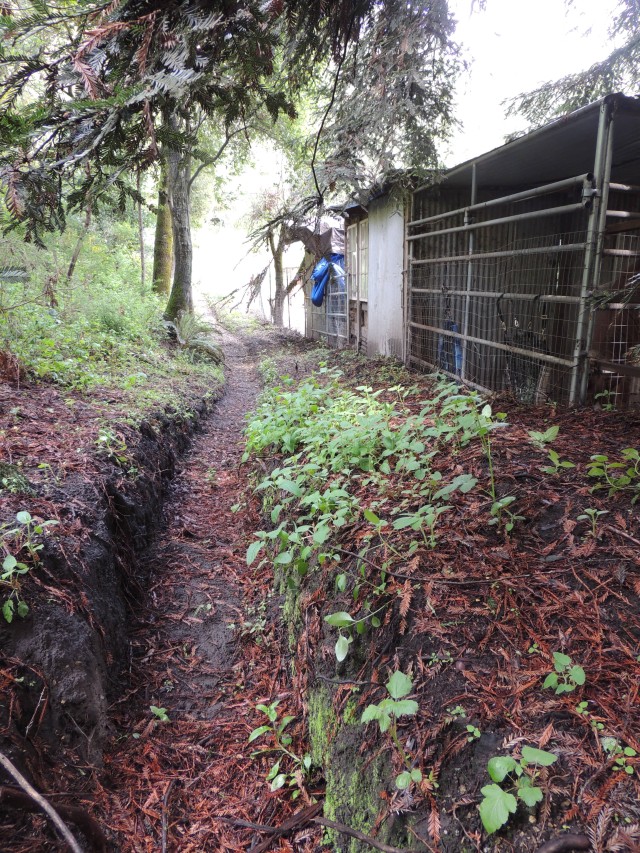